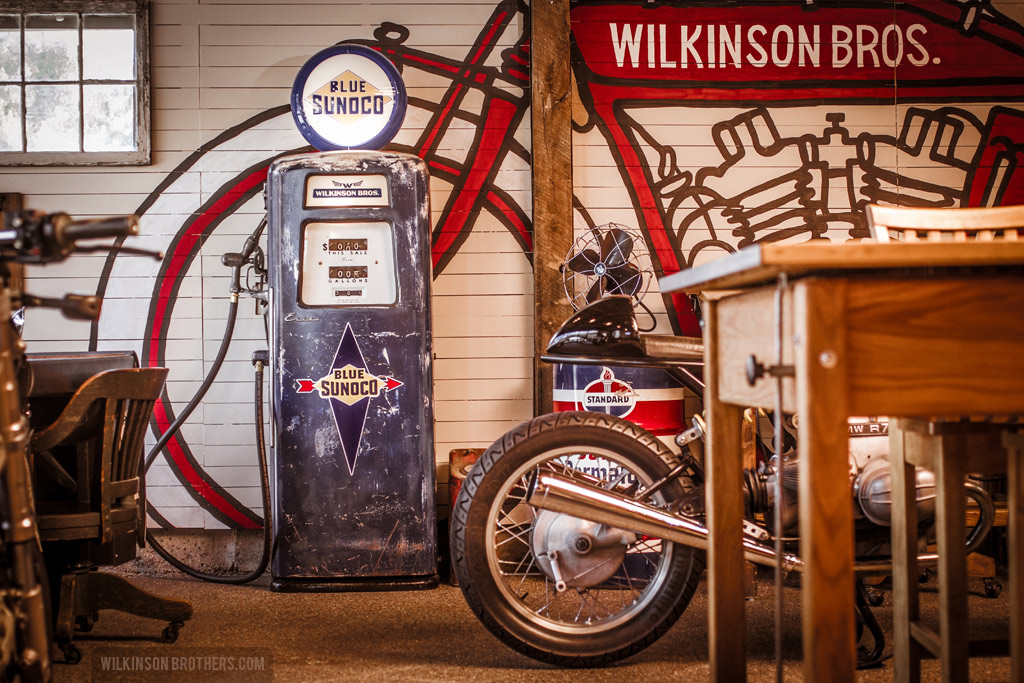 The 1950s gas pump and its thematic patina fits right into the shop’s Americana-laced decor. 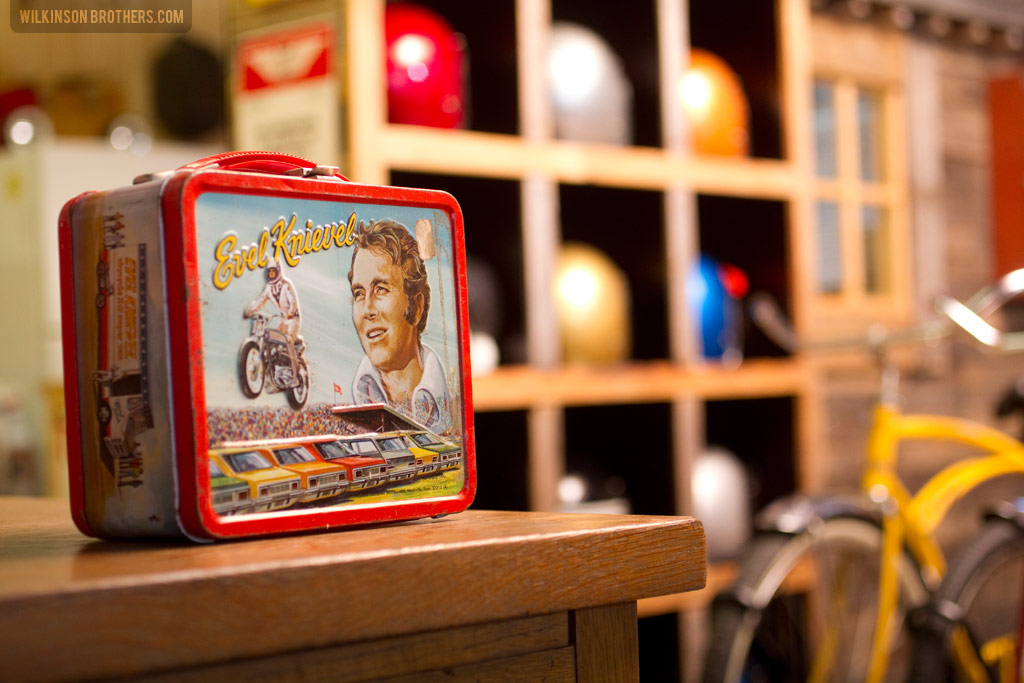 You’ll find a sprinkling of Americana in the Wilkinson Brothers Graphic Design Shop. 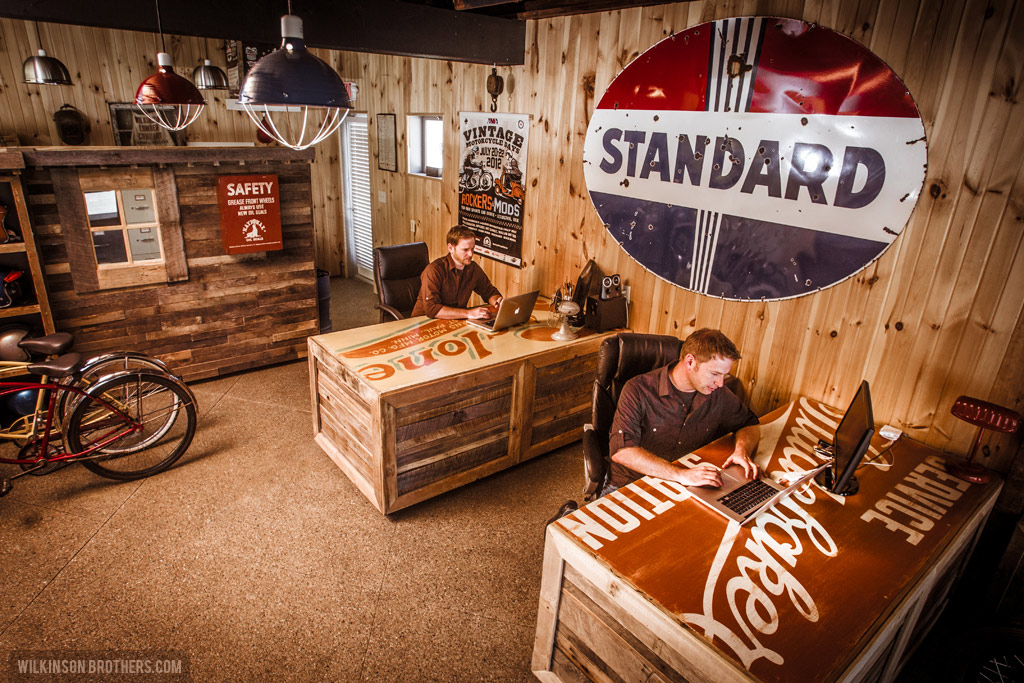 We made these desks using dismantled shipping pallets, then painted the tops like old signs. 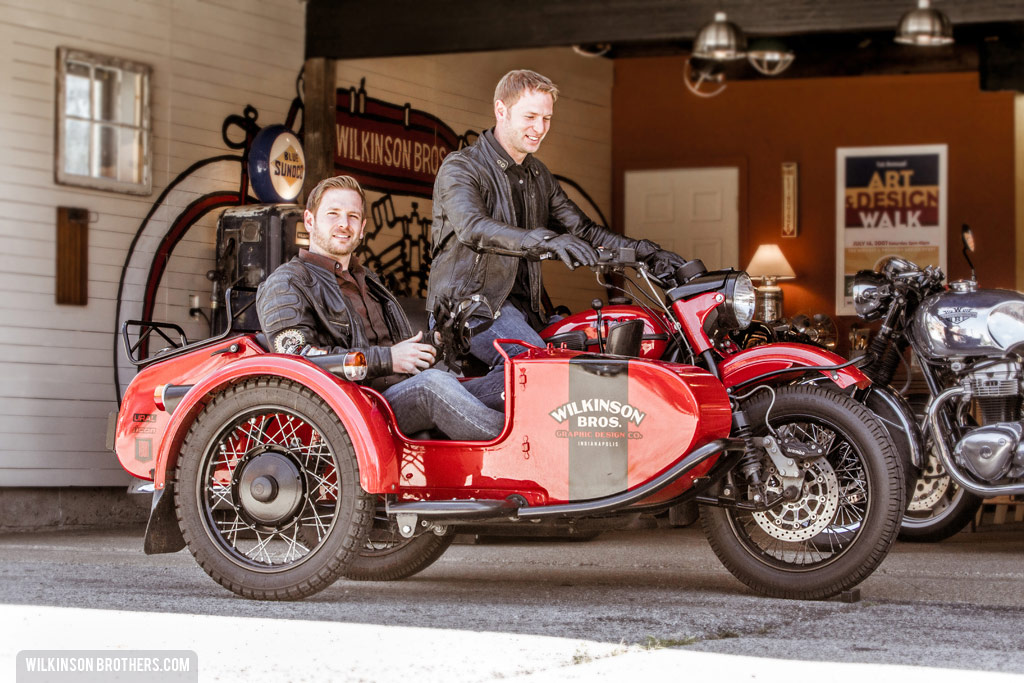 The shop bike is a 2010 Ural sidecar motorcycle. 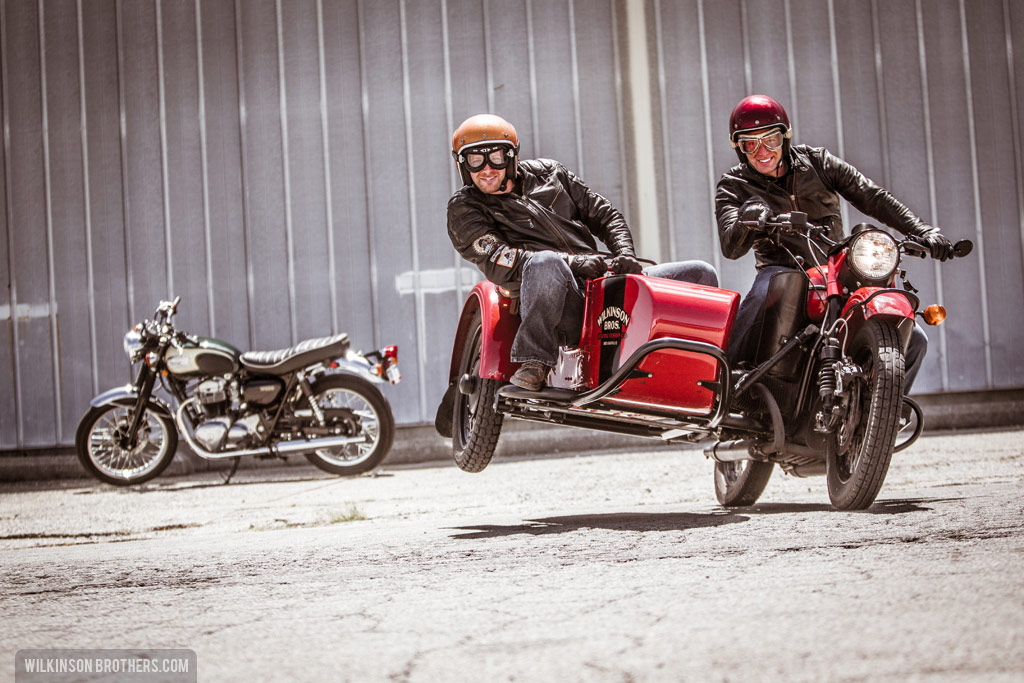 The Wilkinson Brothers “flying the chair” on their Ural Red October sidecar motorcycle. 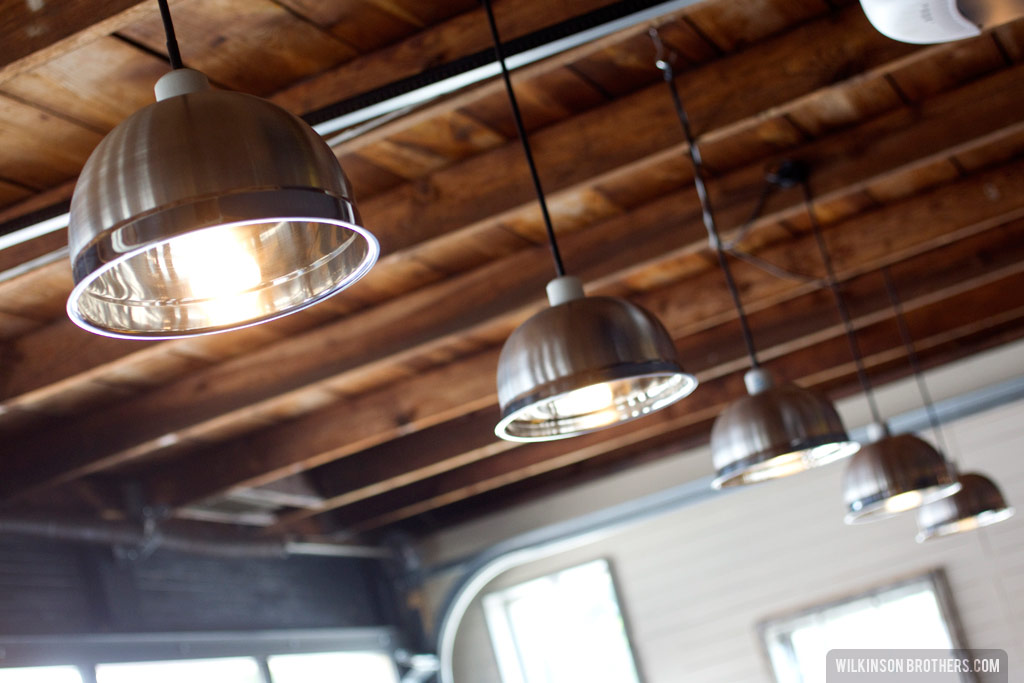 Casey made these lights out of stainless steel mixing bowls. 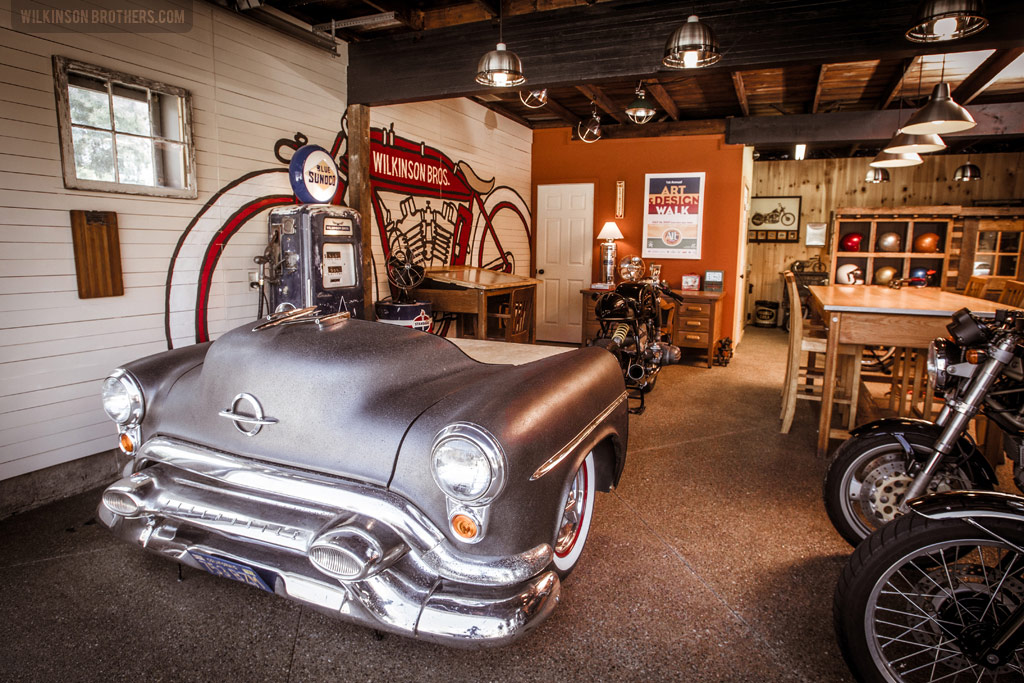 A Wilkinson Bros’ creation: This desk was made out of a salvaged 1953 Oldsmobile.

> See more pics and read the story behind our Oldsmodesk here. 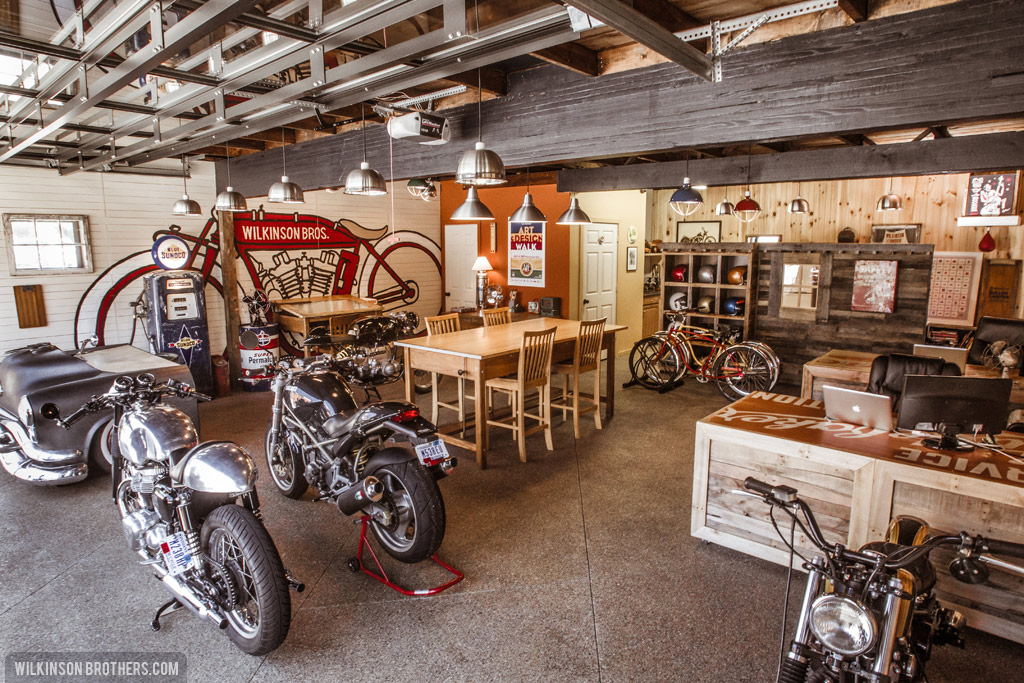 The Wilkinson Bros graphic design shop was once a carriage house, built in the mid 1800s. 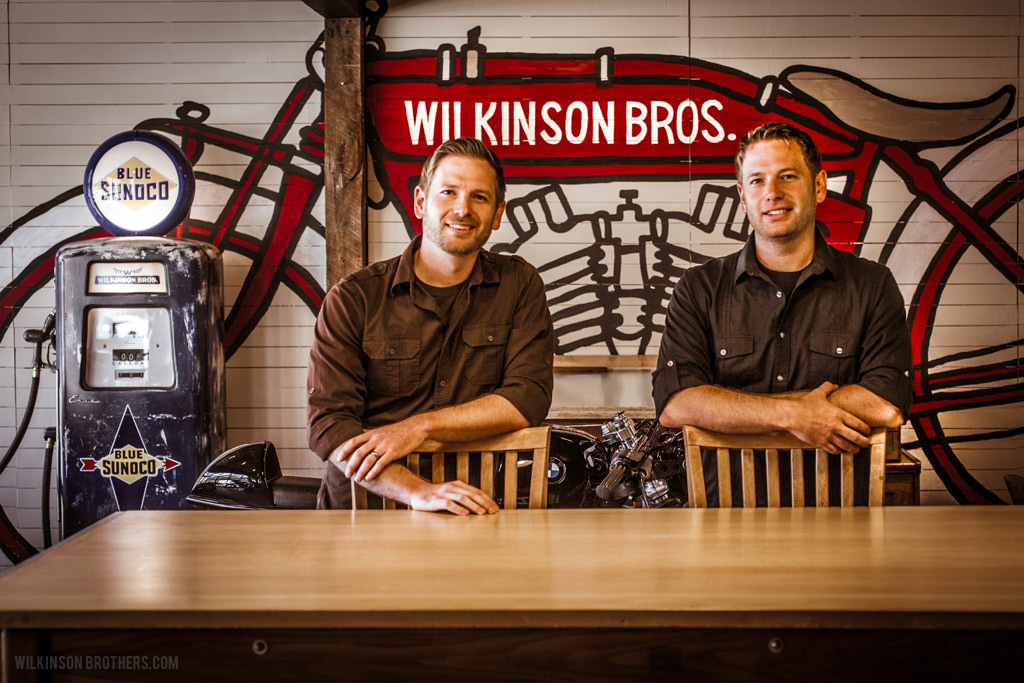 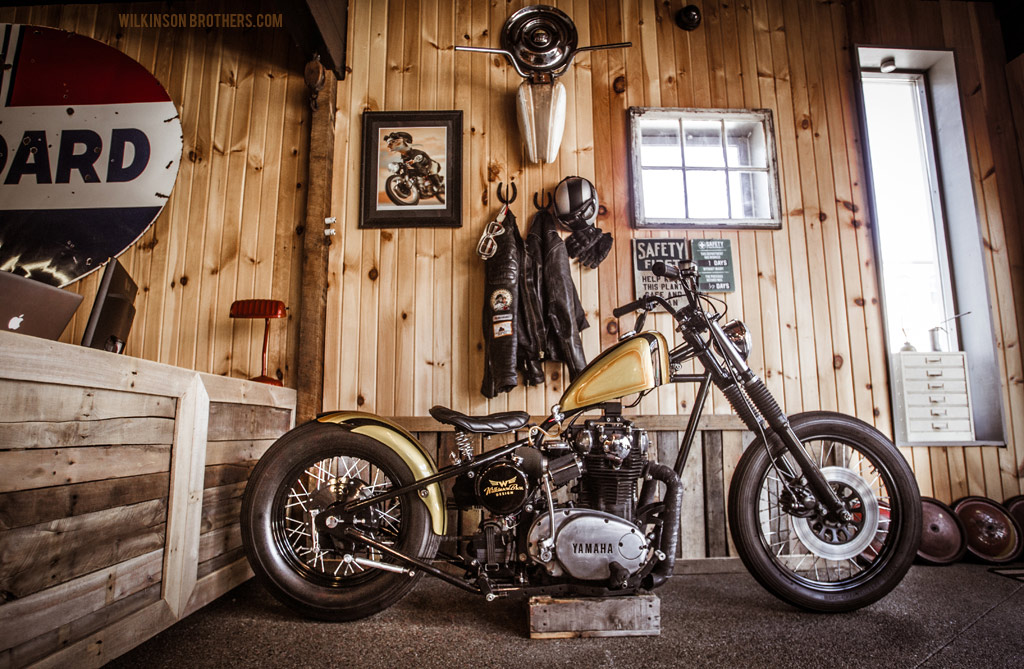 The Wilkinson Bros chopper built by Ardcore Choppers. It’s powered by a 1978 Yamaha. 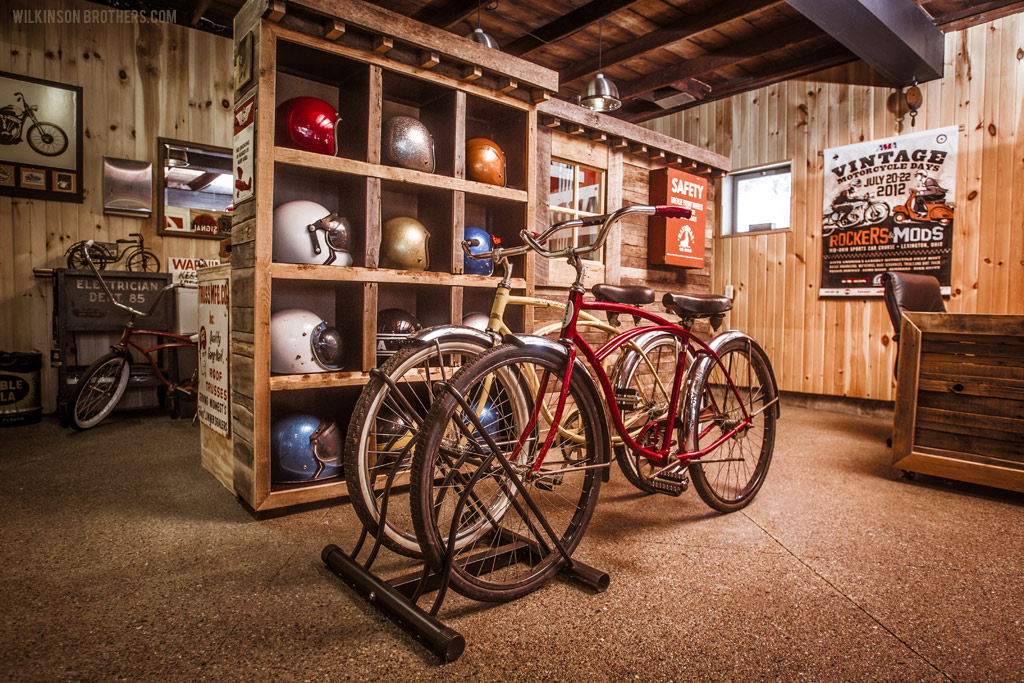 A pair of vintage Schwinns stand ready for errands or a bank run. 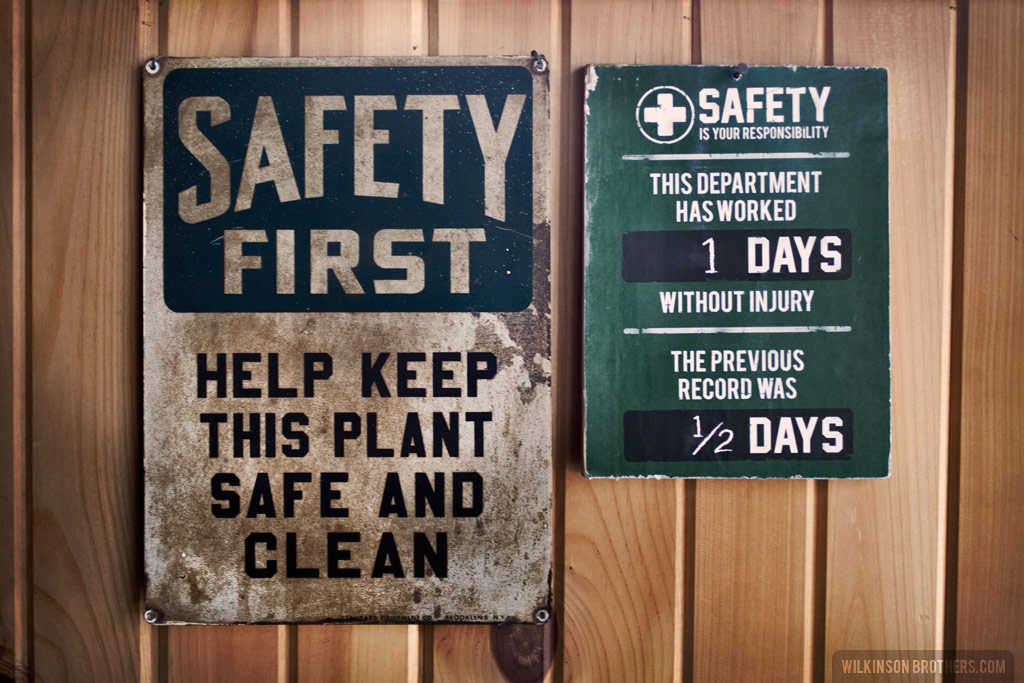 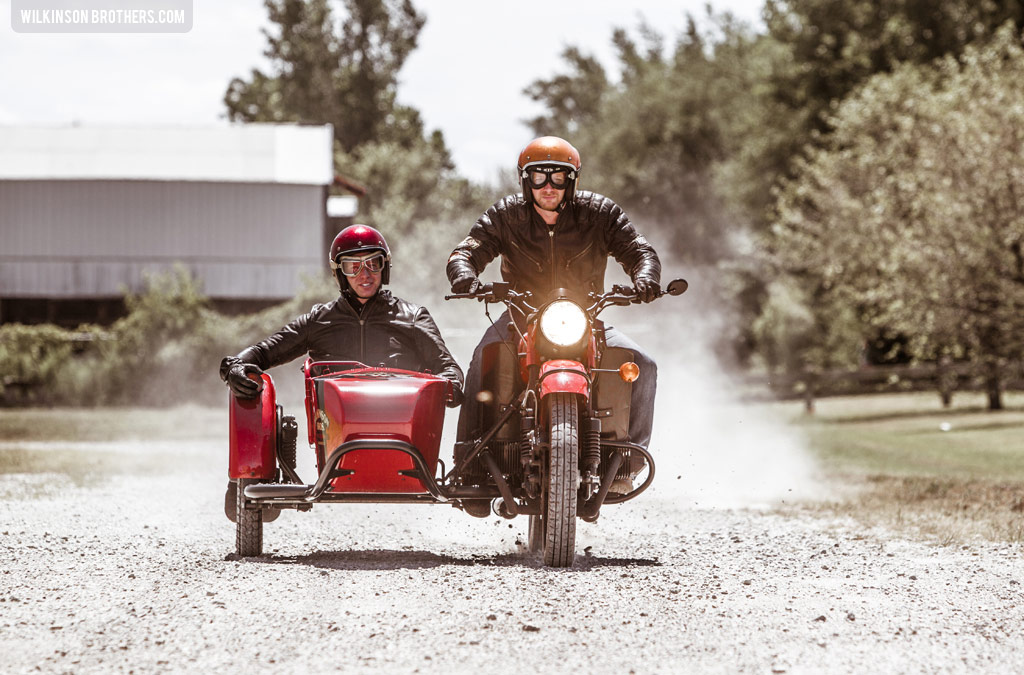 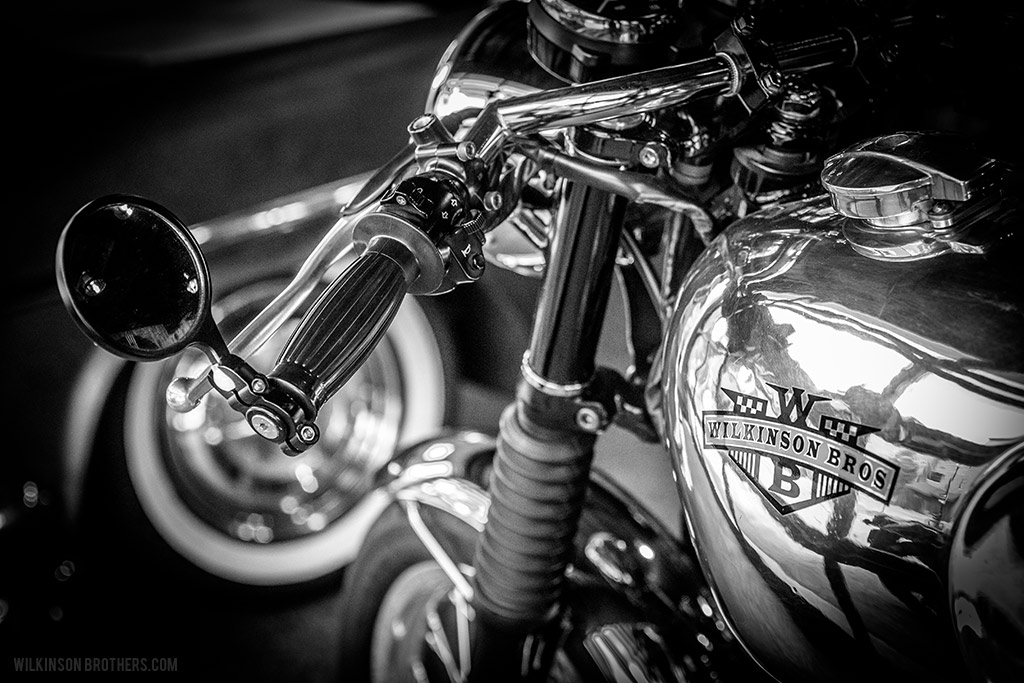 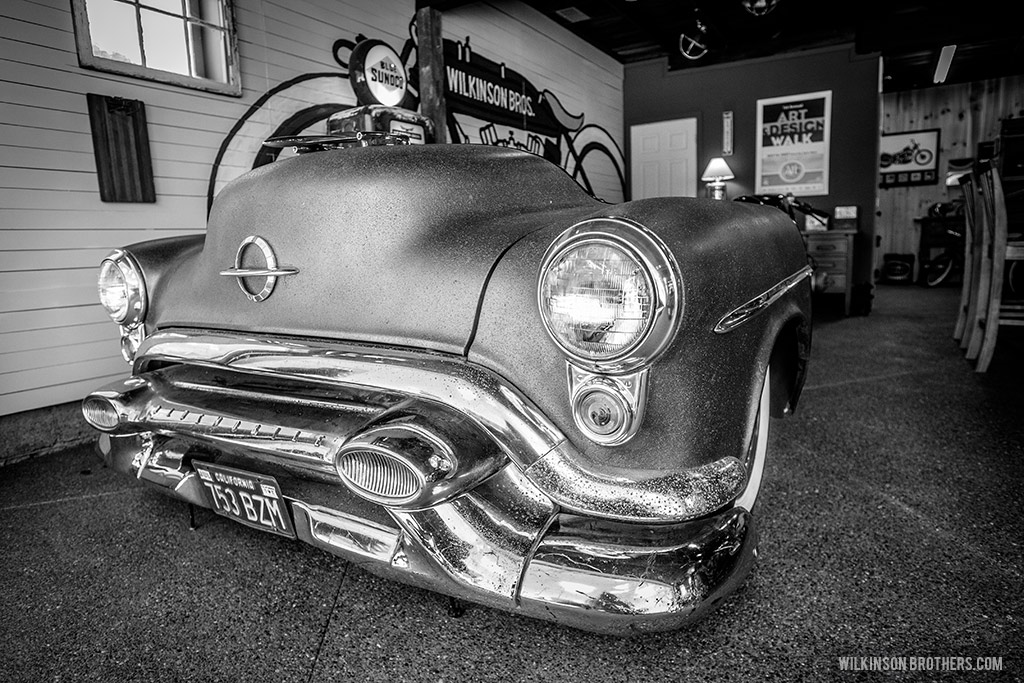 The “Oldsmodesk”, a custom workstation made by Corey, Casey and Jeremiah; we found the old car in a junkyard. 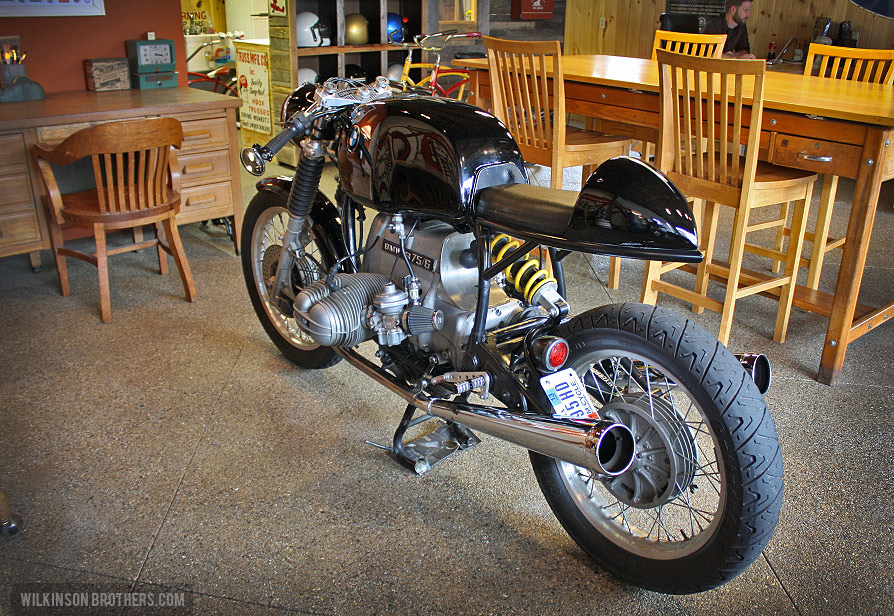 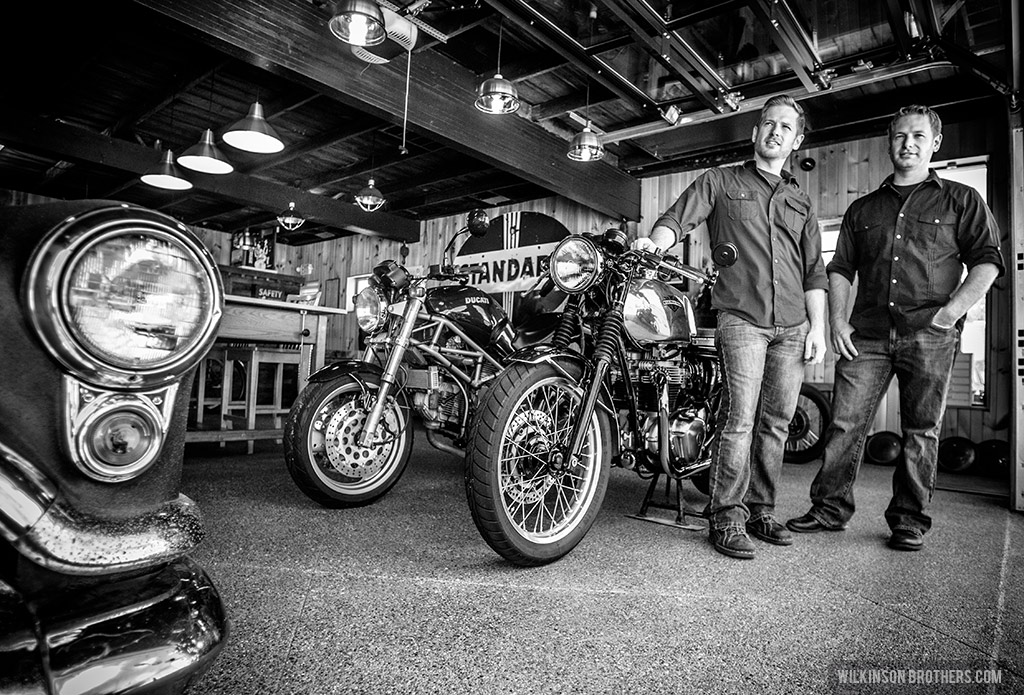 The brothers standing in the ‘garage’, their graphic design and illustration shop in Carmel, Indiana just north of Indianapolis.