It was an honor to chauffeur torchbearer and Riverside Intermediate School student Grace Wechsler, who received the torch from Santiago Jaramillo (Bluebridge and Emplify CEO) during the Indiana Bicentennial Torch Relay in Fishers, Indiana. We thank Hamilton County Tourism for inviting us along to be a part of Indiana’s 200th birthday celebration! 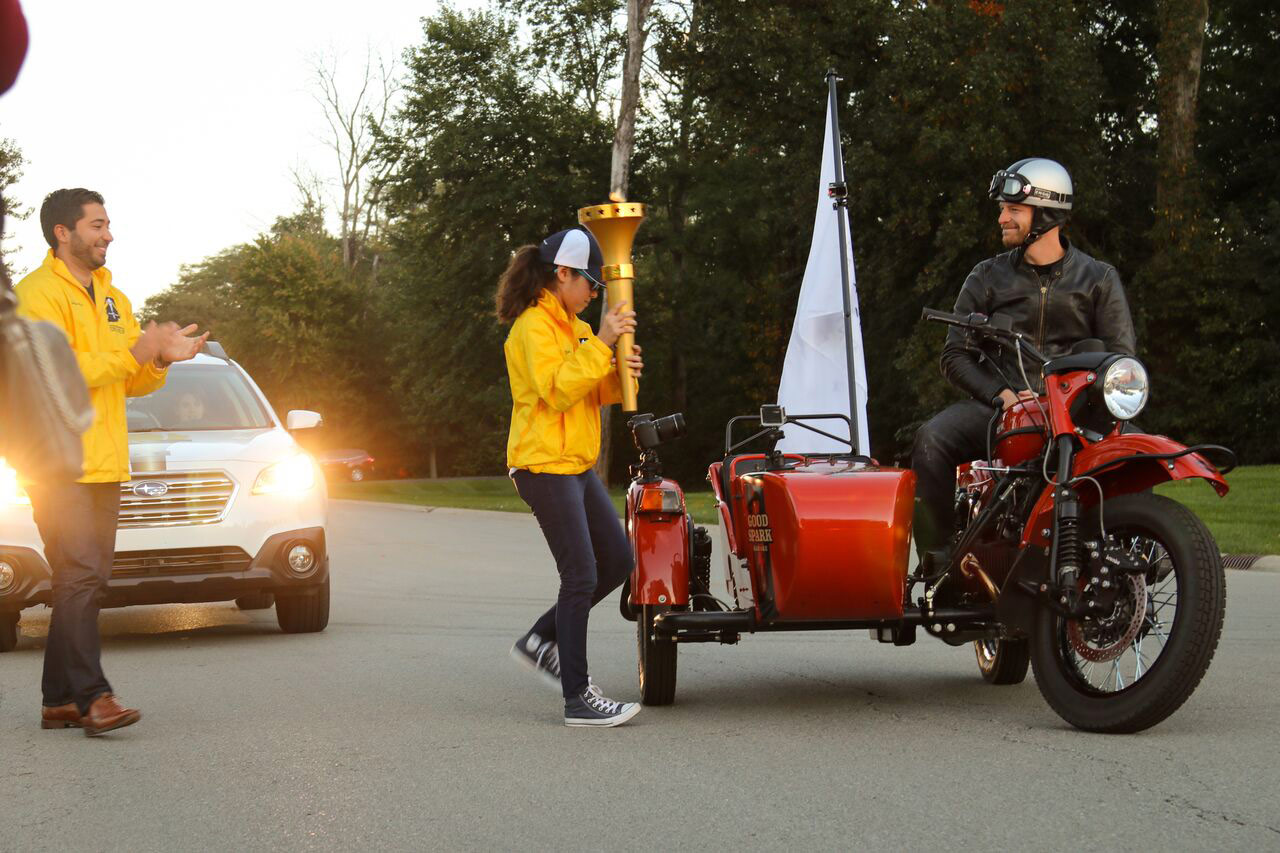 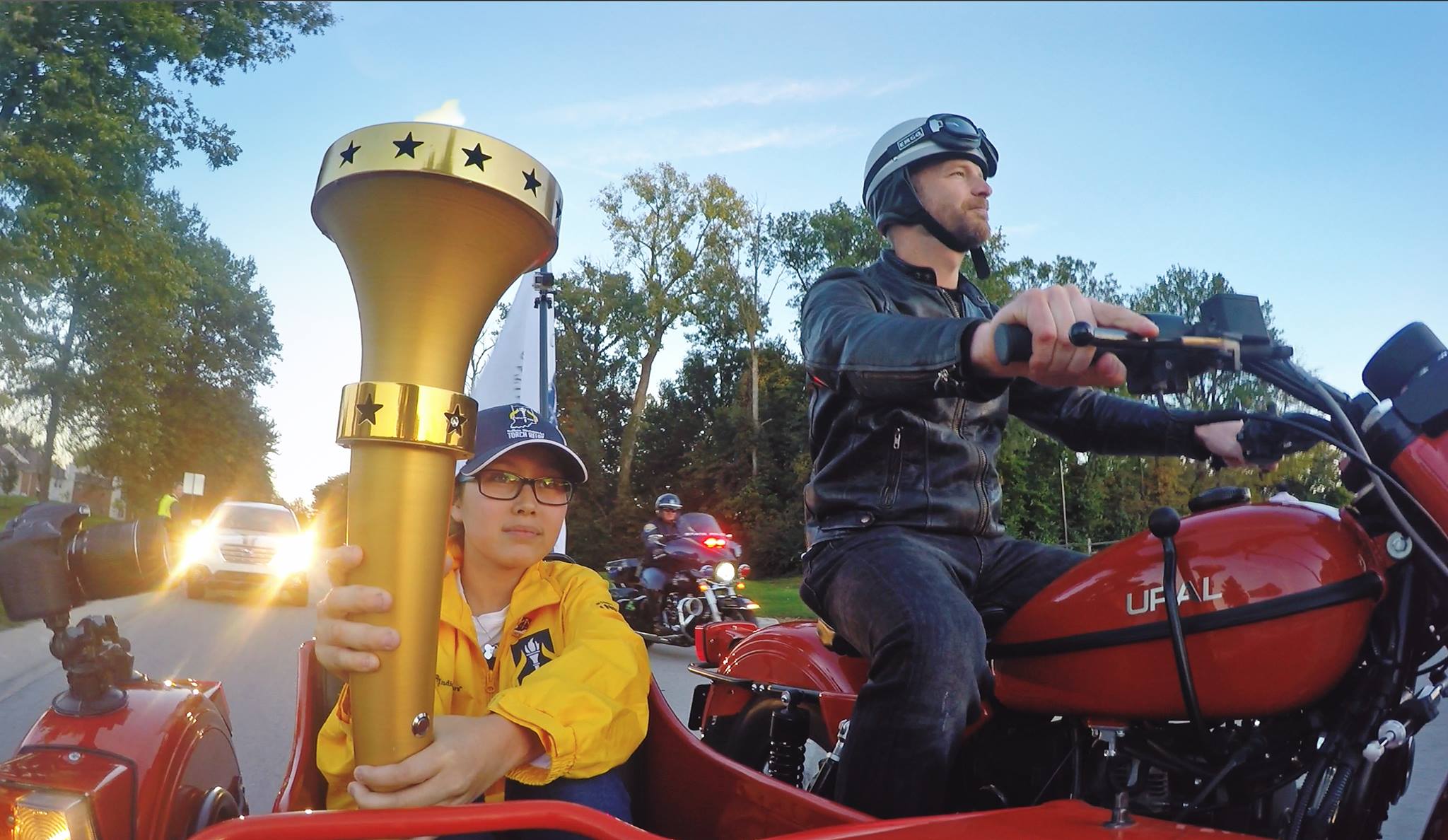 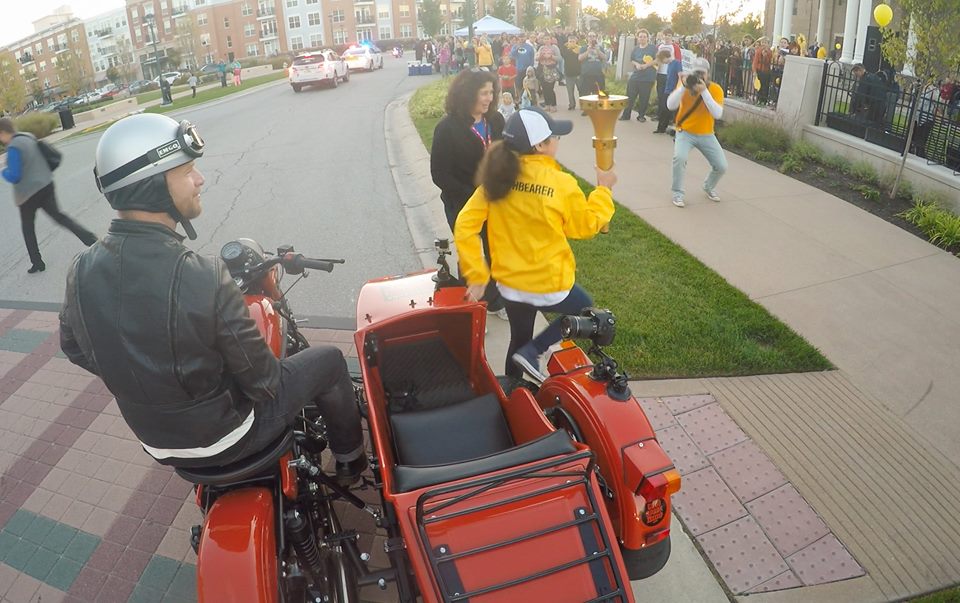 Corey rode the sidecar behind the fleet of Indiana Torch Relay Subaru cars in a convoy that was escorted by the Indiana State Police. With a large crowd waiting at Fishers City Hall, it was an exciting time to see Grace walk the torch up to Mayor Scott Fadness and on to the next torchbearer.

Casey fabricated a mount for a flag pole on our Ural sidecar motorcycle so we could proudly fly the bicentennial flag during the event. 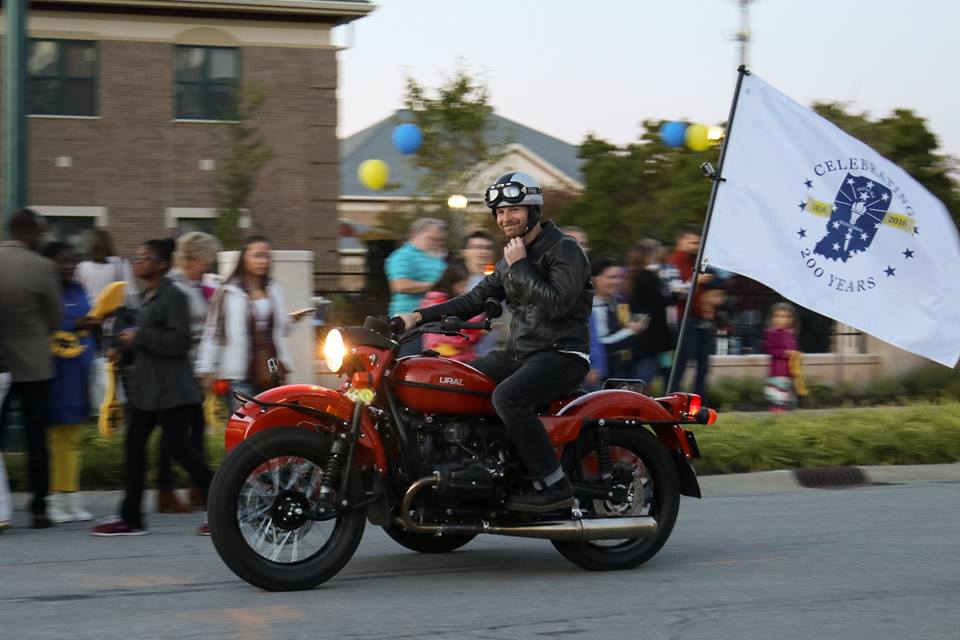 It was an experience that exemplifies why we enjoy living, working and playing in Indiana, especially Hamilton County!